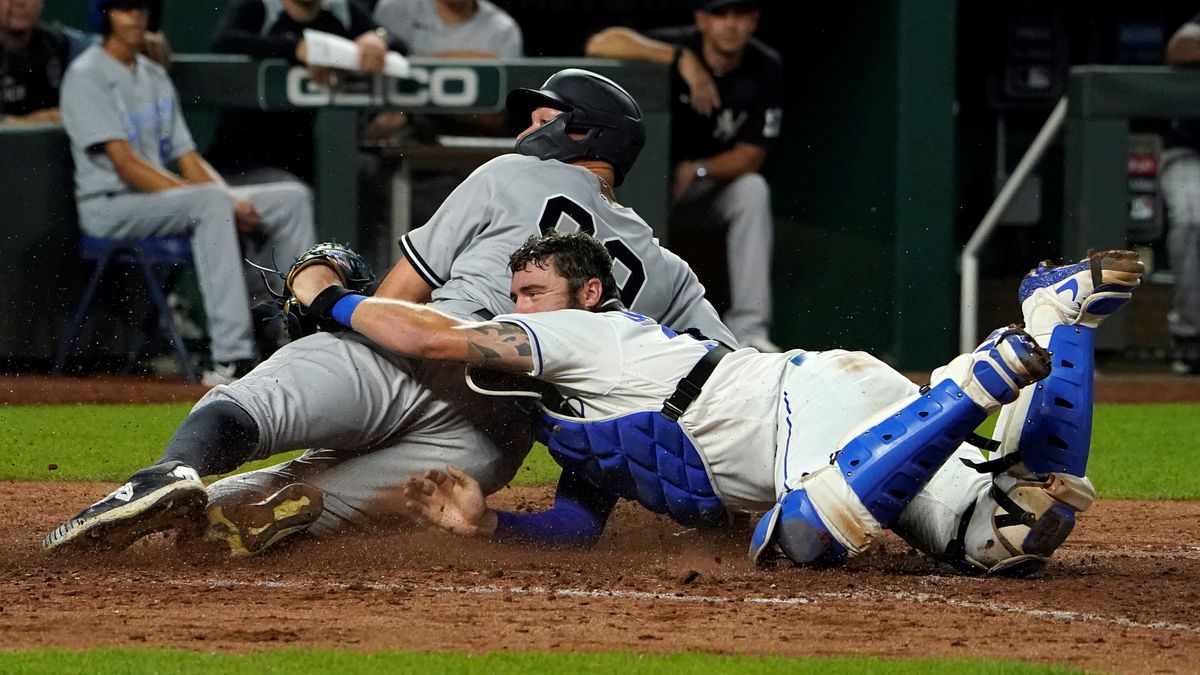 Yankee reliever Chad Green recorded the win, helping the team take two of three against the Royals.  Zach Britton picked up his first save of the year as Aroldis Chapman attempts to return from the IL. If Britton racks up a string of saves in the games ahead, he could easily be leaned upon for part-time closing duties even after Chapman returns to the pen.

This is the time of the year when stamina and roster depth are particularly important.  There is near-triple digit heat throughout much of the nation.  The temperature at the first pitch of yesterday’s game with the Royals was 93 degrees.  Add in the humidity and the heat index was all the way up to 102.  This is the third straight game in which the Yankees suffered through a heat index in excess of 100.

Neither team was that sharp in the field, likely due to the excessive humidity.  Royals’ pitcher Brady Singer was particularly ineffective.  Singer, 3 – 8 on the year, let up 10 hits and five runs.  Singer failed to make it through the third inning.

The Field of Dreams is Next for the Yankees

If you turned on your TV last night, you might have spotted “Youth Baseball” listed in the on-screen guide.  Indeed, a little league game was played at the site where the Field of Dreams movie was filmed.  One of the youngsters launched a grand slam into the corn fields in the first inning of the game.  The first inning rally seemed to have no end in sight so the umpires were forced to implement a variation of the mercy rule.  Above all, the lovely natural, green and tranquil setting made the game worth watching.

The Yankees are up next for a Field of Dreams game of their own.  New York will head to Dyersville, Iowa to play the White Sox in the Field of Dreams game.  Lance Lynn will start for Chicago.  The Yankees will send Andrew Heaney to the hill.  This is not a game to miss.  Be sure to set your DVR so you can take in all the visual beauty of the same baseball diamond used to film the iconic baseball flick from the late 80s.