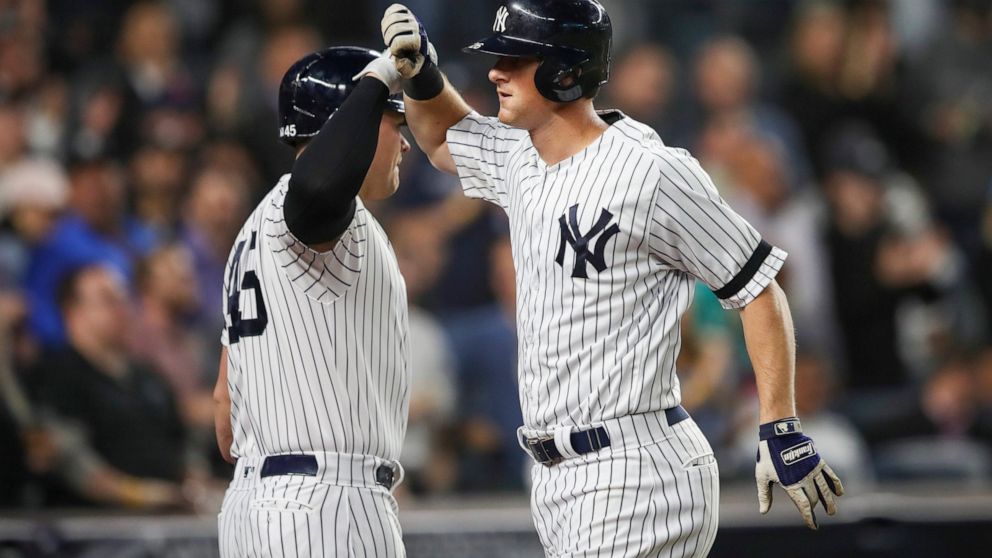 The Bronx Bombers are back to their usual winning ways.  The Yankees returned to normal Wednesday night, beating the Angels 4-1.  Gerrit Cole was at his best in the win, striking out 15 Angels’ batters.

Cole appears to be living up to his price tag.  The ace has a $324 million contract with the Yankees.  The deal originally seemed to be overpriced yet Cole is clearly proving he is one of the game’s top pitchers.  He tossed seven immaculate innings last night, limiting the Angels to four scattered hits.  The win is Cole’s 14th of the season.  The “dub” got the Yankees back on track after dropping a string of games following the team’s epic 13-game winning streak.

It is particularly interesting to note Cole won the team’s final game of that winning streak.  The Yanks’ starting rotation will have to bounce back in the next four starts to take some of the pressure off the ace.

Cole’s stuff was so electric on Wednesday that he fanned the soon-to-be MVP, Shohei Ohtani, three times in the game.  He didn’t walk a single Angel in the game.  It was his first start in his home of Orange County.  Cole turned down the Angels in free agency a couple years back to join the Yankees on a nine-year deal.

Voit and Judge Shine in the Win

Aaron Judge slammed his 30th long ball of the year.  Luke Voit, a rising star who arguably deserves more playing time, hit a two-run single for New York.   Though Judge hasn’t become the megastar the team anticipated, he is gradually progressing to that status.  What remains to be seen is whether Judge and Voit and deliver in the clutch once October rolls around.  Up to this point, both sluggers have failed to power the team to a World Series appearance.

Speaking of the World Series, the Yankees are currently 8 to 1 to win the title.  Though the Yankees appear to be a pitcher or two away from being the favorite for the crown, the team stands a decent chance of making it to the final round of the postseason tournament.

Bettors interested in rolling the dice on the squad for the AL title can get a piece of the action at 4 to 1 odds.  Aside from the Chicago White Sox and the Tampa Bay Rays, the American League isn’t that formidable, meaning the Yanks’ odds for the AL crown provide relatively good value.