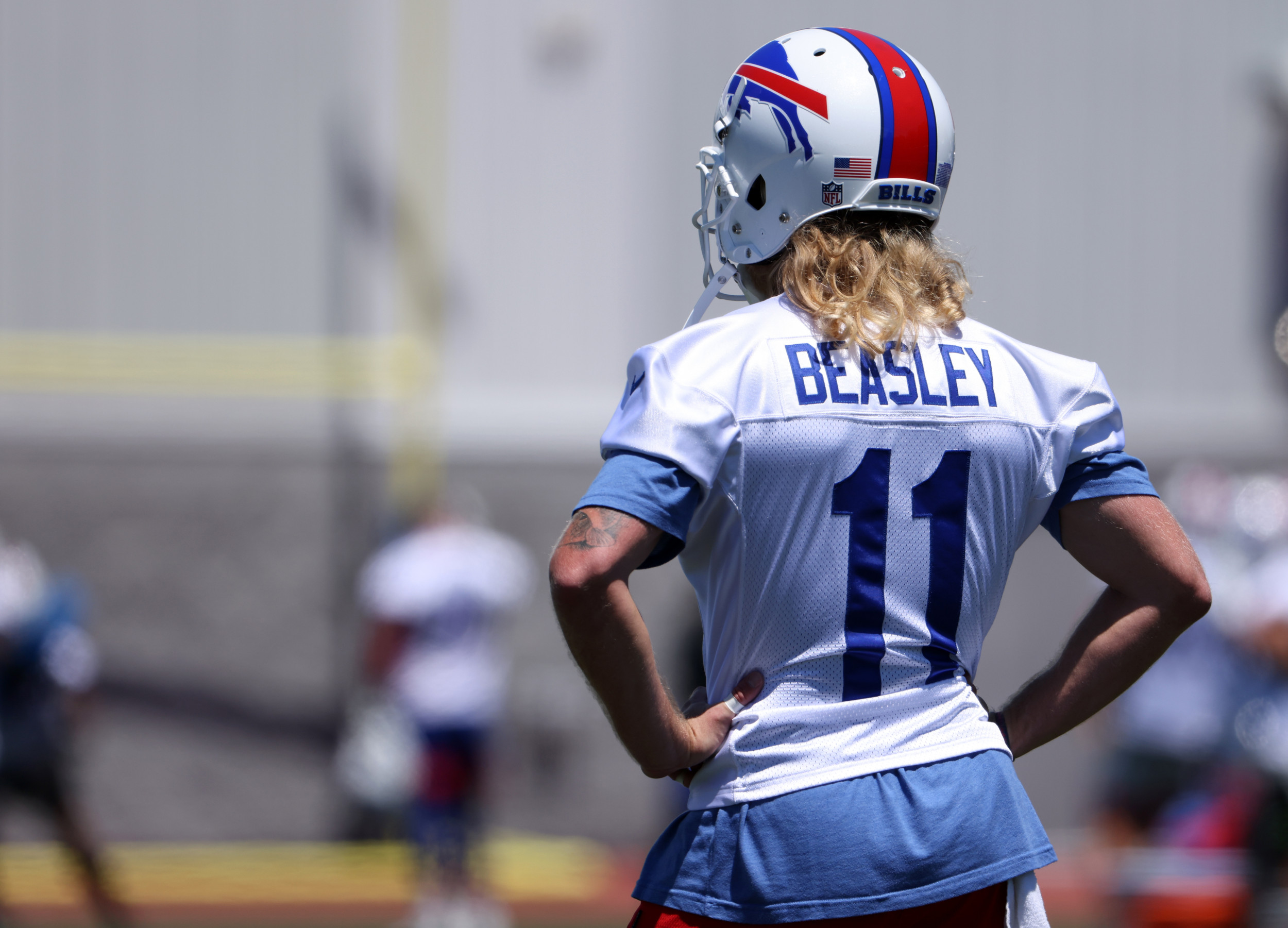 Cole Beasley certainly isn’t the largest or fastest wide receiver in the NFL yet he is receiving more attention than the vast majority of the league’s top pass catchers.  Beasley, a player with a reputation for an unparalleled work ethic and overcoming seemingly insurmountable odds considering his small stature, has made his thoughts on the vaccine quite clear.   The question is whether the negative attention from the press along with Beasley’s inability to stop tweeting about the vaccine debate just might spur his release from the team before the first preseason game.  If Beasley were cut prior to the start of the regular season, the Bills’ chances of reaching the Super Bowl would take a considerable hit.

Let’s cut to the core of Beasley’s beef with the vaccine.  The diminutive Bills wide receiver insists the medical community does not have enough information about the vaccine to determine how it will impact human health in the years and decades ahead.  Anti-vaxxers such as Beasley are adamant there could be an even greater risk posed by the side effects of the vaccine than the actual virus itself.  After all, Beasley is in phenomenal shape as evidenced by his performance at practice this past Wednesday so catching the virus probably wouldn’t sideline the star wide receiver for more than a week or two.

However, what Beasley failed to address in his statement earlier this week is the fact that an unvaccinated person’s interaction with youngsters who might not be eligible for the vaccine and those who have pre-existing medical conditions puts those individuals in harm’s way.

If Beasley were to live within a bubble without any interaction with the outside world, his stance would be more socially acceptable.  However, Beasley’s job requires that he interact with NFL personnel, fellow players and the media, meaning if he contracts the virus due to the lack of vaccination, he is that much more likely to pass it on to others who might suffer a much worse fate than the comparably healthy Beasley.

Does Beasley Represent the Silent Majority in the NFL?

Beasley insists plenty of younger players have approached him either in-person, over the phone or through social media to thank him for being so outspoken against mandatory vaccinations.  If the Bills’ wide receiver is telling the truth, it is quite possible a significant percentage of the league’s players feel the same way yet do not want to speak out about it as they fear being cut or demoted to the practice squad.

Sports fans agree there is not a fan base more deserving of a championship than that of the Buffalo Bills.  The Bills started the season with 10 to 1 Super Bowl odds.  Prior to training camp, Bills’ general manager Brandon Beane stated in an interview that he would lean toward cutting unvaccinated players as they pose a threat to the health of the team and also make it that much more challenging to hold meetings.

If Beane is a man of his word, he will cut Beasley the week of the first preseason game in the event that he is still unvaccinated.  The loss of Beasley would make it that much more challenging for the Bills to return to the AFC Championship game.  However, the Bills signed veteran receiver Emmanuel Sanders this offseason so the team’s championship hopes won’t completely fade away should Beasley be sent packing.