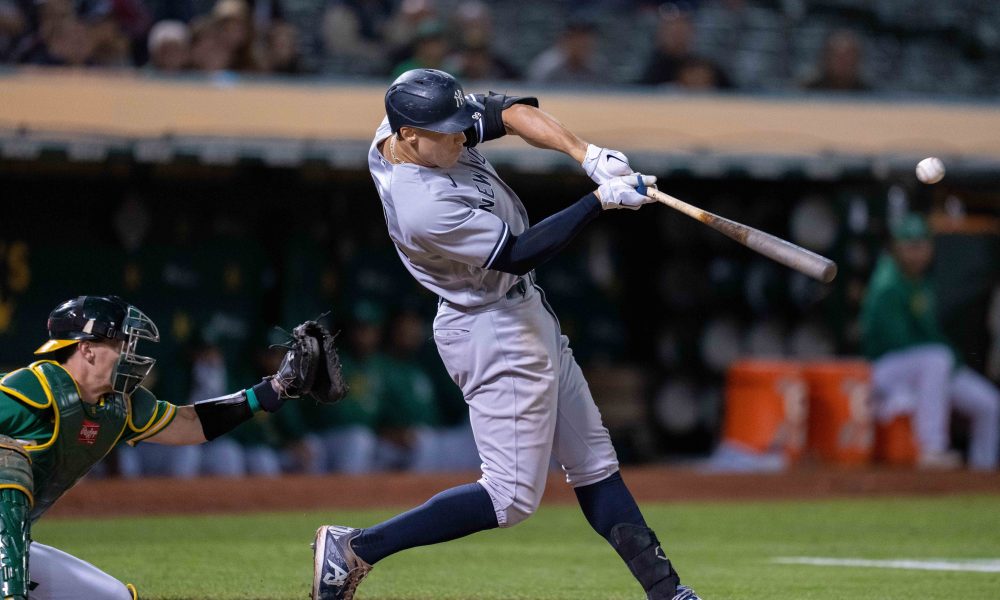 The New York Yankees and Oakland Athletics wrap up a four-game series at Oakland Coliseum on Sunday, August 29, with the first pitch at 7:08 PM ET, so we’ve prepared the best Yankees vs. A’s betting pick and odds, as you can watch this marquee showdown on ESPN.

The Yankees satisfied the odds in the first two games of this set and beat the Athletics 7-6 as -117 favorites and 8-2 as -170 favorites. New York is listed at -140 to win the closer, while Oakland is a +130 moneyline dog with a total of 9.0 runs on Betmgm Sportsbook.

The New York Yankees extended their winning streak to 13 games with that 8-2 victory at the Athletics this past Friday and improved to 76-52 on the season (the third clash of this series has been excluded from the analysis). They’ve been unstoppable in August, scoring 140 runs in 25 games while posting the fifth-best OPS in the majors (.788).

The Yanks are clipping on all cylinders. Their pitching staff carries a 2.85 ERA in August, and the Yanks have compiled a shiny 2.61 ERA, 1.13 WHIP, and a .215 batting average against over the last couple of weeks.

Jordan Montgomery will toe the slab Sunday against Oakland, and the 28-year-old left-hander is 5-5 with a 3.69 ERA and 1.20 WHIP in 23 starts this season. He’s been terrific over his previous five outings, allowing just five earned runs through 25.1 innings of work. Back in June, Montgomery took a no-decision in a 2-1 home win over the A’s, yielding one earned run and striking out six across 5.1 frames.

The Athletics have been awful lately

The Oakland Athletics extended their losing streak to six games last Friday and fell to 70-59 on the season. They trailed the bottom wild card in the American League by three and a half games, as the A’s have dropped ten of their previous 12 games overall.

Paul Blackburn will get the starting call Sunday, his third of the season. The 27-year-old righty has allowed five earned runs on ten hits and three walks over his previous two starts and 11 innings of work. Last Monday, Blackburn tossed 5.2 frames of a two-run ball against the Seattle Mariners at home and took a no-decision in a 5-3 defeat.

The Athletics have covered a 1.5-run spread in eight of their previous nine showings as underdogs. They desperately need to break out of their slump, and the A’s certainly possess enough firepower to compete with the red-hot Yankees.

The hosts will send the righty to the mound, and the Yanks are way more dangerous when hitting the lefties. On the other side, the current A’s have a decent .754 OPS in 31 at-bats against Jordan Montgomery, while both Matt Olson and Jed Lowrie went yard against him in the past.

The Athletics bullpen has struggled over the last two weeks of action, registering a 4.36 ERA and 4.96 FIP, while the Yankees bullpen has been ridiculously good in that stretch, posting a 2.25 ERA and 3.35 FIP.

Hereof, I’m backing the under on the totals, though it’s the end of the week and there will be some tired arms. The hosts have to pitch well to stand any chance against the in-form Yankees, who, frankly, have had a lot of ups and downs offensive-wise all season long.